With the opening ceremony of the London Olympics only days away, organizers prepare to celebrate what may be the one of the greenest Olympic Games to date.

For Olympic organizers, sustainability has been a major focus in planning the Games’ venues. Forbes notes that existing or temporary venues are utilized whenever possible. For permanent structures, “Each new venue was required to achieve a minimum 15 percent improvement against Building Regulations.”

The site of London’s Olympic Park has also been noted for its radical transformation. Once an industrial area along the River Lea, the site was previously contaminated by “heavy metals, hydrocarbons, arsenic and cyanide,” according to BBC News.

At the largest urban park built in Britain in over the century, officials planted 2,000 native trees and 300,00 wetland plants and restored five miles of the River Lea. 110 acres of land were also turned into “reed beds, wet woodlands, grassland and ponds” to encourage the return of wildlife, reported the Press Association.

While British officials originally planned to draw 20 percent of the London Olympics’ power from renewable sources, they fell short of that goal. The BioRegional and WWF-UK report explains that only nine percent of on-site energy will be renewable.

END_OF_DOCUMENT_TOKEN_TO_BE_REPLACED

The largest-ever experiment in space has reported the collection of some 18 billion “cosmic ray” events that may help unravel the Universe’s mysteries.

At the heart of the seven-tonne, $2bn machine is a giant, specially designed magnet which bends the paths of extraordinarily high-energy charged particles called cosmic rays onto a series of detectors, giving hints of what the particles are.

A series of ever-larger particle accelerators built here on Earth aim to drive particles to ever-higher energies, smashing them into one another to simulate the same processes that create them elsewhere in the cosmos.

But no Earth-bound experiment can match nature’s power as a particle accelerator – and Earth’s atmosphere absorbs incoming cosmic rays – so the AMS will catch some of these high-energy particles “from the source”, as a kind of complement to the likes of the Large Hadron Collider.

END_OF_DOCUMENT_TOKEN_TO_BE_REPLACED

Earlier this month, President Obama sign the JOBS bill into law with strong bipartisan support, and no this isn’t the one you’re thinking of. This one is designed specifically for funding start-ups with a particular focus on crowd funding (i.e. Kickstarter).

The JOBS bill being signed by President Obama today is critical to the emergence and growth of the next generation of industries as ecosystems.

Those ecosystems are made up of three layers: platforms, entrepreneurial ventures, and networks.

Platforms (Google, Amazon, Salesforce, Facebook, Kickstarter, Federal Express, Foxconn), which make it possible for entrepreneurial ventures to be built at lower cost with less capital and reduced risk at greater speed. To provide the critical mass that large corporations used to provide — to, for example, sell advertising at scale or acquire distribution or acquire goods or services at volume — sometimes these ventures need to band together in networks (Glam, YouTube, Etsy, eBay).

The bill supports this flourishing start-up trend by updating some outdated laws, from the 1930s, and correcting some from the Sarbanes-Oxley Act of 2002. 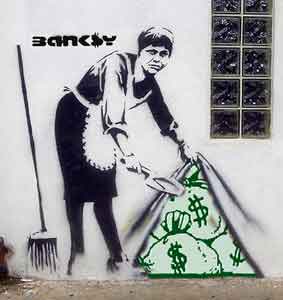 Of interest to us, the regular people:

Previously, one could not sell equity through crowd funding and only registered investors with $100,000 could fund a company. Now, with the crowd sourcing provision anyone can get in on the action.

This is great for the industry and those with a nose for investing, but do be wary. Internet scammers and unskilled entrepreneurs will soon be asking for your money to fund the next Google. 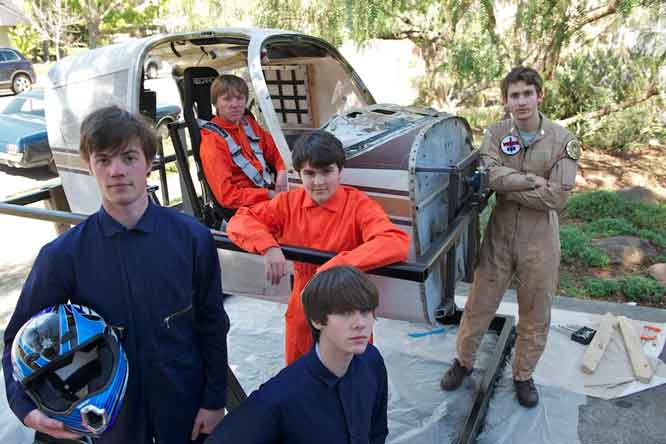 Six families of makers from the Bay Area are working on building a fully-operational motion controlled flight simulator based on the fighter ship from Battlestar Galactica.

Using the fuselage of a small plane, the team has already built a motion platform that rotates a full dizzying 360 degrees in both the pitch and roll axes. They’re still a ways away from finishing the project, including furnishing the interior of the cockpit to look like the ship from the show, and programming the open source flight simulator software to work with their rig.

The goal is to finish The Viper by this year’s Bay Area Maker Faire on May 19th.

The project is even more impressive when you consider that the team that’s building it mostly consists of middle and high school students, with some help from their parents and mentors.

You can learn more about all this by visiting the project home, The Viper, or through the Kickstarter fundraising project. Oh, and check out my favorite part of the whole thing, the test model built using legos…I would love to see NASA doing that 🙂 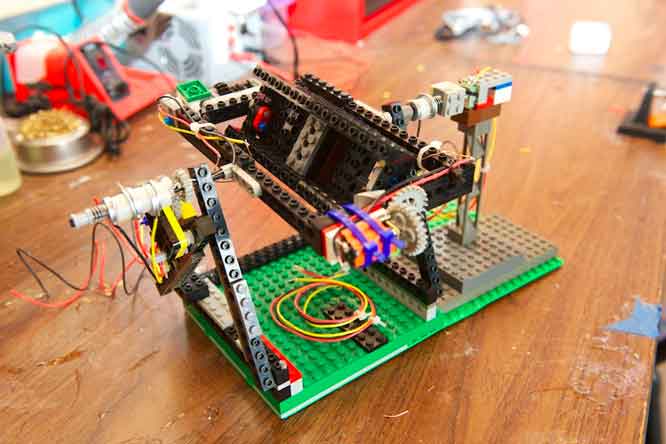