END_OF_DOCUMENT_TOKEN_TO_BE_REPLACED

Venture capitalists invested $5.8 billion in 758 deals in the first quarter of 2012.

The report shows that after a strong fourth quarter 2011, VC investment activity for the quarter fell 19 percent in terms of dollars and 15 percent in the number of deals compared to the fourth quarter of 2011 when $7.1 billion was invested in 889 deals 다운로드. 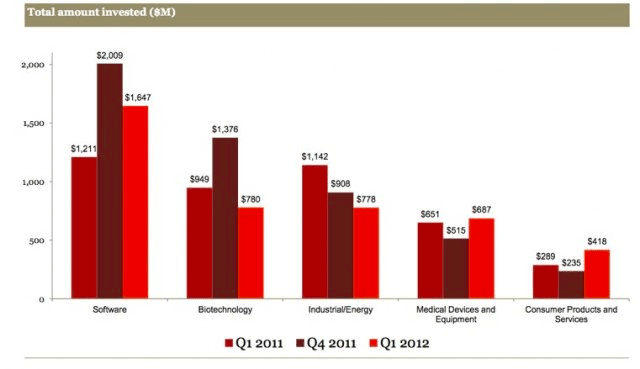