As you may have heard, Marissa Mayer is now CEO of Yahoo, ready to turn it into a leaner, fitter, more successful firm. It’s a great move for Yahoo, and it could mean great things for you, the consumer. But the entity that may benefit the most? Google.

Yahoo’s search effort is sinking. Back in December 2011 its U.S. market share in search slipped behind Bing’s, and the trend continued at least until June. If its July and August figures show a continued slip in market share, that will make it 12 months of non-stop dropping into oblivion. Bing, meanwhile, is picking up some of this slack, as is Google itself. For Bing, however, this is more a case of it maintaining its slim market share–hovering around 15%, which doesn’t represent a huge threat to Google.

Google needs Mayer to turn Yahoo search around, perhaps growing its market share by pushing for real innovation. Because a stronger Yahoo will also push Microsoft to compete harder with Bing, possibly even stealing market share from Google. That’s not such a bad thing: Google has enough to share, and it’ll create a dynamic, vibrant search engine market in which Google will face much less antitrust heat. “We really think an independent Yahoo’s better for the Web,” Mayer told Charlie Rose in 2009.

A more competitive market will push Google itself to innovate, delivering what its users want and need–versus what experimental services Google deems fit to push on them. 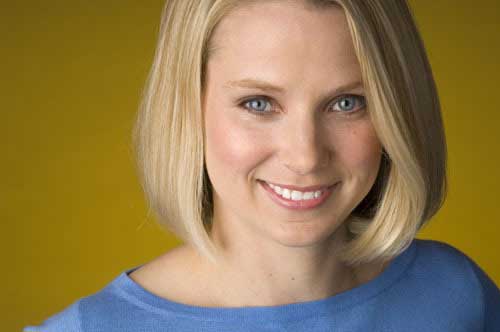