Based on the enormity of tracking for The Hunger Games,  the Lionsgate movie has the potential to score one of the top debuts of all time at the domestic box office.

Rarely does a film generate the sort of numbers that Hunger Games is enjoying. When the movie–based on Suzanne Collins‘ wildly popular young-adult novel–first popped up on tracking two weeks ago, the scores were so good that box-office observers and exhibitors immediately predicted an opening in the $70 million to $100 million range, with most betting on the higher number.

Hunger Games, which opens March 23, is even tracking better than The Twilight Saga: Breaking Dawn Part 1. That film opened in November to $138.1 million, the fifth-best debut of all time domestically.

To which the writers at ComicBook.com explain as the result of a brilliant marketing campaign from Lionsgate:

Lionsgate’s Marketing. At this point, the marketing campaign for this film should be put in a top 10 ALL TIME.  Yes, all time.  From an outstanding Twitter campaign, advance showing contests, incorporating charity with the film, and brilliantly releasing photos, interviews, and clips, Lionsgate has transformed the audience for “The Hunger Games.  A little over 3 months ago, this film was a niche film that was going to bring in respectable numbers on the backs of hardcore fans.  As of today, the audience now includes massively growing numbers of folks that haven’t read the books.  And Lionsgate did this on the cheap.  They didn’t toss out millions on a Super Bowl Commercial and crash the airwaves with ad after ad (like Disney did with “John Carter”). They did it with new media, and by empowering potential moviegoers.  The audience was part of this campaign, and as a result, they’ll see the film out of loyalty.  It’s a campaign that will be taught in film schools for years to come—or it should be.

Valid points, all of them, but I still think they, Hollywood, and the entire country are missing something: the rise of the teenage girl.

Just like the teenage boy, and his brother (adult males, age 18-34), have dominated our pop culture landscape since the late 80s, I think we are witnessing the eruption of teenage girls onto the scene.

One advantage that Hunger Games has over Summit Entertainment’s blockbuster Twilight franchise is male interest.

Monday’s tracking showed that Interest in Hunger Games among males younger than 25 was a healthy 28 percent, compared to 10 percent for Breaking Dawn. Interest among males over 25 was 20 percent, versus 8 percent for the fourth Twilight film.

The latter numbers show that male interest in female writers with female heroines, like in Hunger Games, can attract growing groups of men.

Even more, the former numbers show that nearly half of all teenage girls in the U.S. want to see this movie, as do nearly one out of three adult females.

Word to the wise, this is full fembot, at times NSFW, but hilarious…

Natasha: You know who the hottest person at the wedding was though? CHARLIE SWAN. 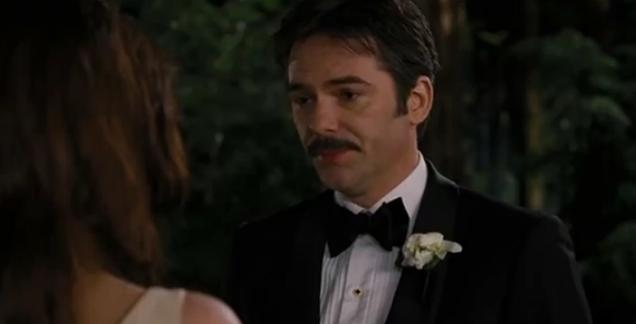 Mary: SO HOT IN A TUX. OMG. With an old fashioned bowtie.

Natasha: WITH HIS MOOOOSTACHE AND COP HANDS!!!

Natasha: STOP IT, IM GOING TO BREAK THE BED.

Mary: You could light a match off of them jawns.

Natasha: We need to address how HYSTERICALLY pale they made Edward Sparkles McDead look for this installment.

Mary: He was POWDERED. He looked like funnel cake.

Read the full piece at The Awl 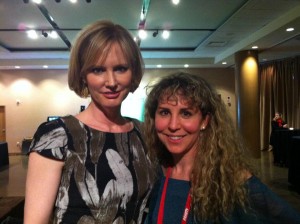 When screenwriter Melissa Rosenberg, previously known for her work on the television series Dexter and The O.C., was offered the chance to adapt the vampire series, Twilight, she was promptly informed she’d have only five weeks to write it. “Five weeks? You can’t write a screenplay in five weeks!” she replied, to which the studio asked her, “Well, you want to get it made?” She did, and as a consequence, all she did for five weeks was write: “You don’t shower, you don’t pet the dog, you don’t eat.”

At the recent Future of Film Summit, where she participated in a panel discussion on why women matter in Hollywood, I sat down with Melissa and asked what her biggest challenge was in adapting the Twilight series. Her answer? Meeting the expectations of the fans. In order to have the experience of the viewer, she refused to read ahead, wanting each installment to stand on its own.

With the fourth movie Breaking Dawn Part 1 opening to a $139.5 million domestic gross this weekend and touting a wedding, a honeymoon and a birthing scene, Rosenberg says Part 2 still leaves lots to anticipate: “The thing I’m looking forward to is seeing Bella as a vampire. It’s a very different character. The fidgeting, the stuttering, the insecurity, the awkwardness- it’s gone. I’m looking forward to that. I’m also looking forward to seeing vampire sex versus human sex [laughing].”

When asked what advice she had for women looking to succeed in Tinseltown, Rosenberg had this to say: “Be prepared to compete. Be prepared to take a hit. Pick yourself back up, and get in there. It’s not an easy field to get into but we need you…we need some fighters.”

Here’s my talk with Melissa and, yes, Robert Pattinson is just as lovely and charming in person as he is on screen.