Bram Stoker published Dracula in 1897, but years before that novel made vampires famous, New England had its own famous living dead. The stories tell of dead relatives rising from the grave to haunt their family – even drink their blood 다운로드. Townspeople would become so scared they would have the Mayor and Church approve an exhumation and beheading. And if the heart had blood in it – many freshly buried bodies did – they would burn the heart and the family would eat the ashes 다운로드.

The cause for all this terror was a Tuberculosis epidemic that made bodies look like – from Smithsonian:

“The emaciated figure strikes one with terror,” reads one 18th-century description, “the forehead covered with drops of sweat; the cheeks painted with a livid crimson, the eyes sunk…the breath offensive, quick and laborious, and the cough so incessant as to scarce allow the wretched sufferer time to tell his complaints.” Indeed, symptoms “progressed in such a way that it seemed like something was draining the life and blood out of somebody.”

For country people in the pre-industrial area – with no scientific explanation – it could seem that someone was “feasting on the living tissue and blood.” Read the full story from Smithsonian Magazine:

END_OF_DOCUMENT_TOKEN_TO_BE_REPLACED

My Country – by tUnE-yArDs 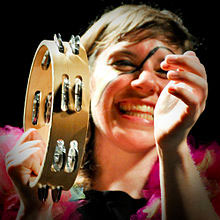 Tune-Yards (stylized as tUnE-yArDs) is the music project of New England native Merrill Garbus 스케치업 교육용 다운로드. When performing live, Garbus creates drum loops on the spot, and layers these with ukulele, voice, and electric bass (played by Nate Brenner).