I must say that I am impressed with Google’s marketing efforts lately. The commercial about Search Your World/Walking on the Internet was impressive and now the Muppets!

For more on their complete campaign, including retired basketball stars:

Google accelerated advertising for its social network by showcasing Jim Henson’s The Muppets in a new commercial about the Google Plus Hangouts feature.

The Muppets performed an impromptu band session as they rocked out to a cover of  ”Under Pressure” by Queen and David Bowie through a Google Plus Hangout.

Google recently released a trio of new television commercials that promote its social network by featuring Hangouts with the Muppets, NBA announcers, Steve Kerr, Spero Dedes, Bill Walton, Kenny Smith, and Jon Barry. This is not the first time Google collaborated with the The Muppets to advertise one of its products. There was another Muppets Hangout Nov. 7, and the search engine giant celebrated the 75th birthday of Muppet creator Jim Henson by forming an interactive Muppets’ logo for Google. 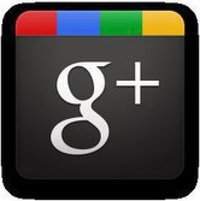 Invites to Google+ are open again. Leave a comment are shoot me an email (steve [at] 1×57.com), and I will send you one.

Make sure to send/comment the email you use for your google account.

Yesterday, was pretty fun so make sure to read the original post: I’m in love with Google+.

One of the first things you notice about Google Plus (as my friend Bill pointed out) is that it looks a lot like Facebook. It has the three column view with the news feed dominant in the center.

Of course, the liberties don’t stop there. Google also added in Chat Roulette with their Hangout feature. They stole the Aspects feature from Diaspora with Circles. And, they took a lot from Rockmelt, the social browser Facebook wants to buy, with chat integrated everywhere on Google.

Which brings them pretty close to the US Patent law for a new invention: a novel combination of things.

Let’s dig into some of those.

At 8pm yesterday the whole site went bonkers. The Development team was thanking everyone. Vic Gundotra, the team lead for the project, was jubilant and asking for feedback for new features.

Then they rushed out the invite feature and the site went from limited beta to a bumrush. The news feed was just bursting with comments and we did lose our early adopter “test the features” attitude and switched into “how does this work”, “check out my business portfolio”, and all that.

Of course, it was pretty cool that Google founders Larry Page and Sergey Brin got on the site and played with us.

I think the hotness is G+

All the cool kids were using the hangout feature. Where you join a group video chat with about 20 other people.

It’s a really cool feature that is all the rage right now because top Google Developers, tech journalists, and other web celebrities are hosting them.

The android app is killing it. The coolest feature has to be the auto-upload of photos. Turn it on and any new photo will instantly be in the cloud, private of course. Then you can choose how/when/where to share.

The iPhone is just a web app that takes forever to load. It does work well once loaded but really not a lot of Apple love here.

Now that everyone is joining the fray it’s important for Google to add in a feature to streamline the content. There is just way too much going on.

Turns out they already have that feature with Circles, but it’s tricky because Facebook doesn’t work like this (although they wish they did).

See social networks allow us to have 100s of friends and the burgeoning content that goes with it. The current solution to this is to either auto select news (Facebook) or sort all your friends into groups (Google).

From the beginning Google has this built-in with Circles. In order to “friend” someone you have to add them to a Circle. Then when you want to share content or consume content you choose which circle to do it in.

I tried it and it works well. My friends circle is pretty small with high quality content. The acquaintance circle is much bigger with sporadic good content. It’s pretty easy to switch between them and filter your news.

You may have heard that Larry Page tied every Google executive’s bonus to getting Google “social”. One way they made that happen is to update the look of every Google Site.

This means that in Gmail you have a black bar across the top and on the right it shows your G+ notifications. All the other sites are similarly updated so no matter where you go in the Google empire your social network is no more than a click away.

All the early adopters and geeks love G+ and, now comes the rest of the crowd. Which presents an interesting experiment since Facebook already introduced social networking to 700 million people.

Perhaps G+ will have a much easier time getting users?

One thing is for sure, Google has the users and the content.

Facebook really has no answer to Google News/Finance/Calendar/Docs/Music/Video/Reader and not to mention the millions of searchers. It will be interesting to see how Facebook reacts to this…