The late sixties, early seventies were all about change: in society, the surfboards we rode and the way we rode them. Jamie Budge’s classic surf film “The Californians” shows from a perspective of “Four Years After” how far we had come. The long and short of it. The best of the old. The newest of the “new”.

Meet the photographers, filmmakers, bloggers, and artists for a behind-the-screens evening of video how-tos, short films, rants and interviews. 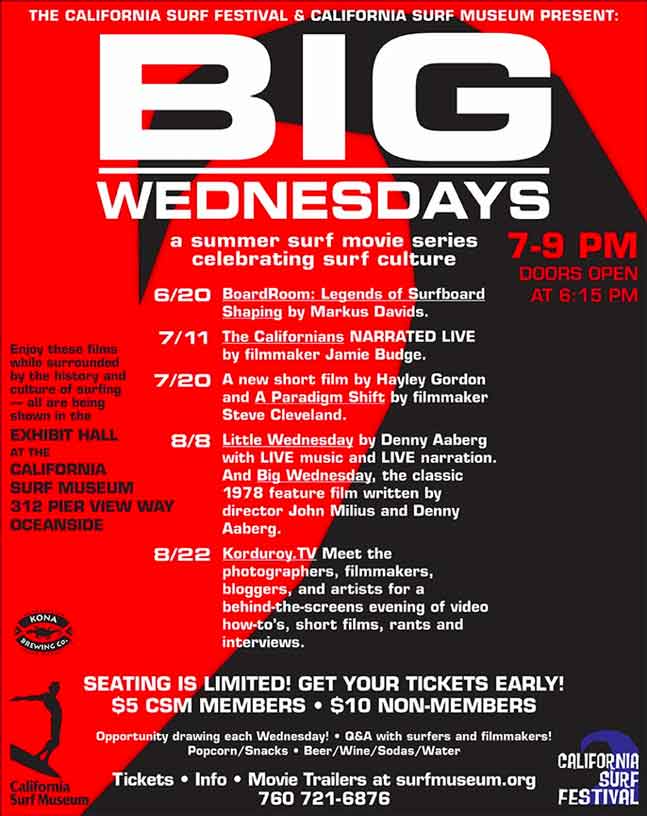