I love this story for its integrity and raucous quotes. So raucous I can’t post them, but you can read them here. The full story below, but it leaves one obvious question unanswered. Why did two seemingly random football players, both married to women, come out in support of gay marriage, with one loudly defending the other?

The summary, from NPR, and sorry for the lengthy quotation but it will lure you into reading the story.

The debate over same-sex marriage has collided with the world of professional football in a loud and public way. Let’s roll back. It started with Baltimore Ravens linebacker Brendon Ayanbadejo, who’s a vocal supporter of legalizing same-sex marriage, an issue on the Maryland ballot this November.

Well, that drew the ire of Maryland state delegate Emmett C. Burns, Jr., a Democrat, who wrote a letter to the Ravens’ owner. He said he was appalled and aghast that a Ravens player would, in his words, step into this controversial divide. Burns called on the Ravens to order Ayanbadejo to cease and desist.

Well that, in turn, drew a lengthy, extremely colorful response from another NFL player, Chris Kluwe, punter for the Minnesota Vikings. Writing on the sports website Deadspin, Kluwe defended his fellow player and called Burns out for what he called his vitriolic hatred and bigotry.

And that, according to sportswriter Dave Zirin, is arguably the greatest political statement by any athlete ever.

They are both alumni of UCLA. 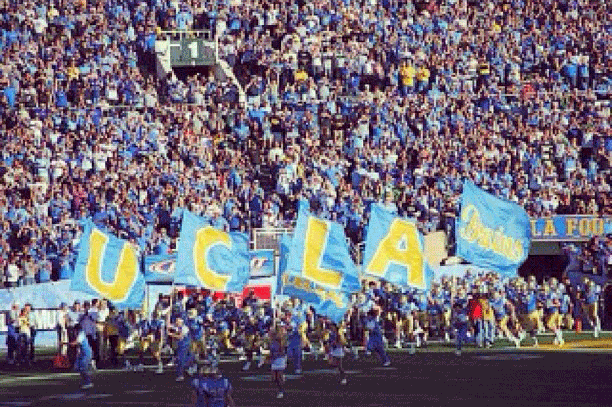 One thought on “In support of gay marriage, the lustful monster, and the missing link”