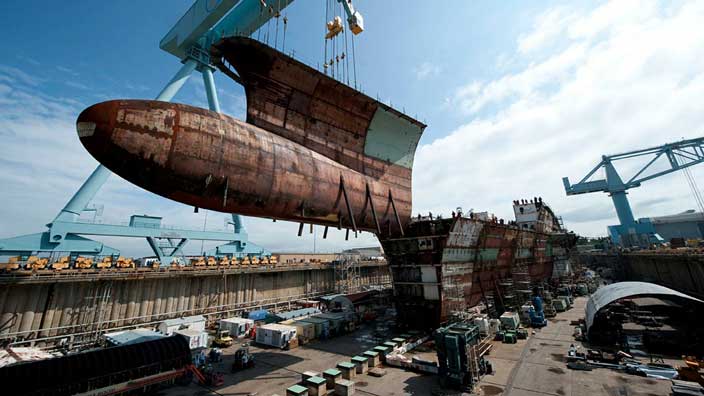 This is something you can’t usually see: the bow of an American nuclear aircraft supercarrier, the new Gerald R. Ford—the lead ship of a new class that will start replacing the Nimitz-class in 2015.

It was just put in place at Huntington Ingalls’s Newport News shipyard, at the mouth of the Chesapeake Bay, along the James River, Virginia.

American aircraft supercarriers are some of the biggest structures built by humankind. I remember the first time I saw one in person and it blew my mind. 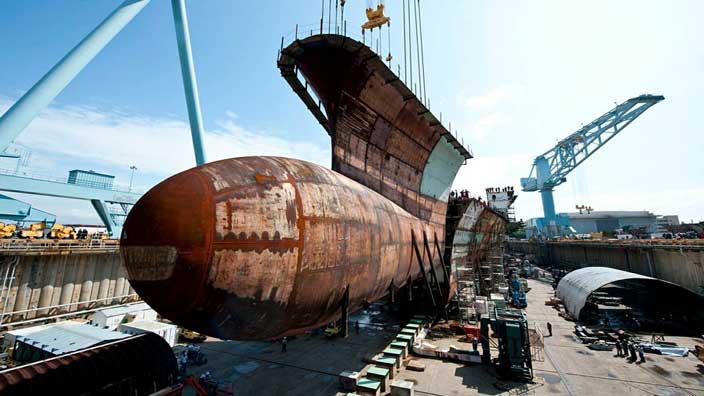 Comprising six steel sections, the lower bow is more than 60 feet tall and is one of the heaviest superlifts to be placed on the ship. Construction of the lower bow superlift, the last major section of the ship below the waterline, began last year.

Gerald R. Ford represents the next-generation class of aircraft carriers. The first-in-class ship features a new nuclear power plant, a redesigned island, electromagnetic catapults, improved weapons movement, an enhanced flight deck capable of increased aircraft sortie rates, and growth margin for future technologies and reduced manning. The keel for Ford was laid in November 2009.  The ship is on track to meet its scheduled launch in 2013 and delivery to the U.S. Navy in 2015.