I feel for Meg Whitman. The former candidate for Governor of California spent 141 million dollars of her own money and lost 존 덴버 노래 다운로드. A loss made even more bitter by how she lost. Old Moonbeam barely announced his candidacy, waiting till what seemed like the last possible moment. Then refusing to raise money or run TV ads until late in the game, even waiting till a month before the election for TV ads 무료 자바 소프트웨어 다운로드. Finally, Moonbeam just grumbled his way to the Governor’s mansion, proudly proclaiming his political-ness, grouchiness, and cheapness.

“In choosing the oldest man ever to run the young state of California, voters decided that a grumpy penny-pincher is just what they need at a time when the state is so broke it cannot fix park benches or investigate burglaries.”

Which I think is awesome 롤 북미서버! It’s so California. Just when you think it’s going one way the state diverts and heads down a completely new path. It does fit the name, The Tao of Moonbeam, as written by Timothy Egan in the New York Times 교육과정. Which is a great opinion piece well worth reading.

I guess at this point you may be asking, who the hell is Moonbeam?

It’s Jerry Brown and the name comes from Linda Ronstadt when they were lovers 다운로드. Apparently the name leaked to the press in 1976 and it has stuck ever since. Back then Jerry Brown was an Obama-like superstar. The young politician was good looking, twice the Governor of California, and often a president candidate 다운로드.

The popular definition of the name was “young, idealistic, and non-traditional”. A reference that some thought would hurt ‘Governor Moonbeam’, and it probably did hurt his presidential ambitions, but in California it became a point of pride 다운로드. Especially as the state rose to dominate the country with its economy and culture. The story gets better though as the feud between Jerry, Ronstadt, and the press heats up…for more on this check out, How Jerry Became ‘Governor Moonbeam’, by Jesse McKinley in the New York Times bittorrent 다운로드. 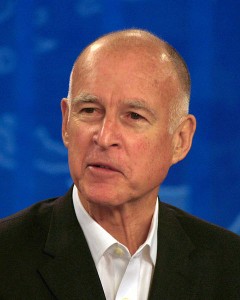