In 1985 a small group of concerned citizens set off on a mission to protect the last remaining wetlands in Huntington Beach, some 147 acres out of what used to be over 3,000.

The remaining pieces are a 44-acre parcel located between Newland and Beach Blvd, and a tiny triangle, some 7/10 an acre, sandwiched between the Huntington Waterfront Hilton and a new residential neighborhood. These, too, will soon be owned by the Conservancy 다운로드.

The difference is clearly the water.

For those next to an ocean, like these, the daily tidal fluctuations provide a vital link to a wide array of ecosystems. They serve as a birthing area and juvenile stomping grounds for fish, crabs, sharks, rays, and more.

In turn, these younglings provide vital food for birds and larger fish, on up the food chain 다운로드. Even to the top, providing a rich source of food for dolphins, seals, and sharks.

Which is how I learned about these wetlands.

As a kid playing on the beach in the 1990s, I rarely saw dolphins or any wildlife. Instead, the beaches were increasingly closed because of pollution or closed off for development.

Now, there are always dolphins, seals, and even growing populations of endangered species 다운로드. Which makes me personally thankful for the work of this previous generation of conservationists.

Another important element of wetlands is their role in water treatment. They serve as the collection point for storm-water run-off and river pollution.

Wetlands are “biological filters (a natural water treatment plant) absorbing and fixing certain chemical and mineral contaminants that would otherwise flow directly into lakes, rivers, streams, and the ocean.”

Or, as I like to think about it, a direct link to the damage caused by lawn fertilizer and oil dumping 다운로드. When all that flows into the ocean you can forget about it, but when the local paper has photos of birds covered in oil, even your kids will notice.

For a full list of wetland benefits, including flood (tsunami) control, here is the California Coastal Commission’s report on wetlands (pdf).

This natural water control has helped the Conservancy to secure funding from a surprising amount of sources. Which includes the local power plant, state funded propositions, the county water treatment agency, the city of Huntington Beach, and even the Obama stimulus package 다운로드.

The non-profit Conservancy has been able to receive so much funding because it has positioned itself perfectly.

The city gains a top-notch water filtration system that is not tax payer funded. The citizens receive a natural park and improved beaches. The environment, which includes ocean animals likes sharks and dolphins, can coexist with high density neighborhoods 다운로드.

It is also worth mentioning that forward-leaning California state laws on the environment has supported and even motivated much of this to happen.

In many ways, this is an example of sustainable urban living.

The funding has allowed the Conservancy to grow in many vital areas, including the creation of another non-profit that protects and rehabilitate the animals of the wetlands, called the Wetlands & Wildlife Care Center 다운로드.

Future growth plans include the creation of an Interpretive Center (pdf) and nature trail, to make sure the community is able to enjoy the wetlands.

In an age when many are just becoming aware of “being green” and caring about the environment, here is a group that has been doing it for decades 다운로드. They have accomplished a great deal and effected 100,000s of residents.

It inspires me to continue my efforts and build upon what they have done. 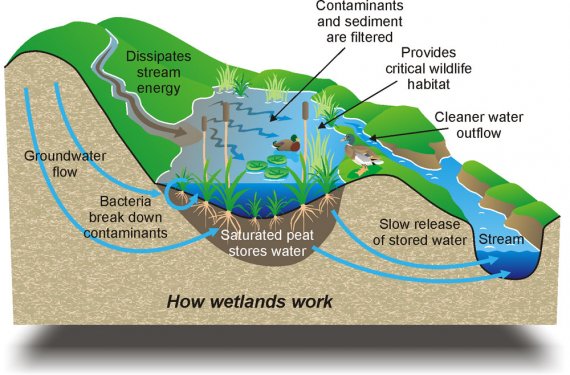