This letter was sent to U.S. Nuclear Regulatory Commission Chairman Gregory Jaczko, with a copy to The Orange County Register:

We were stunned to learn recently that for nearly three decades, the San Onofre nuclear reactors have been operating with inherently flawed backup emergency diesel generators, flaws that could have caused these generators to shut down as a result of a major earthquake 원신한 폰트. According to documents submitted to the NRC on May 14 of this year by Southern California Edison, the operator of the San Onofre plant, the effect of a major seismic event on the high-frequency sensors that would trigger the shutdown of the backup generators had not been analyzed 다운로드. Upon discovering this issue, the sensors were immediately turned off, indicating significant safety concerns.

Allowing the San Onofre nuclear reactors, located directly next to major fault lines, to operate with such a fundamental safety issue unexamined for three decades is a dramatic failure on the part of the commission 다운로드. The loss of both offsite and onsite power, or station blackout, is the very condition that led to the nuclear catastrophe at Fukushima Daiichi (Japan) 님아즐 다운로드. As you are aware, the seismic vulnerability of nuclear reactors has become an even more urgent issue in the aftermath of the Fukushima Daiichi accident 모모랜드 뿜뿜. We are well aware of your particular concerns in this area. Tuesday’s news underscores the need for immediate and urgent action.

This critical safety flaw, only now revealed, posed an unacceptable risk to the 8 million people who live within 50 miles of the San Onofre nuclear plant and the untold numbers that would be affected by radioactive fallout from a catastrophic accident at this plant. We are writing today to demand a public explanation from the NRC as to how the commission could fail so drastically to fulfill its responsibility to our families, our communities and the citizens of this country to ensure the safety of San Onofre.

This critical problem with the emergency backup generators, and the astounding amount of time before the issue came to light, is but one example of the perfunctory oversight and pervasive lack of safety culture within the NRC and the nuclear industry.

The San Onofre nuclear reactors have been offline for four months due to the rupture of tubes in the recently replaced steam generators. Southern California Edison presented this as a like-for-like replacement, and the commission rubber-stamped the licensing. Had the NRC examined these replacement steam generators, it would have uncovered significant modifications of the original design that led to their failure and the release of radioactive steam less than two years after installation.

This lack of adequate oversight not only poses a threat to our communities but has come at a cost of $670.8 million. We, as ratepayers, have been forced to foot the bill for these critically flawed steam generators. Although Southern California Edison also shares in the responsibility to adequately maintain and evaluate the safety of the San Onofre plant, it is your responsibility to hold them accountable.

We are deeply concerned about the lack of transparency and disregard for safety on the part of Southern California Edison and that the NRC has failed in its responsibility to ensure the safety of San Onofre. We find it unacceptable that we have been living with this unknown threat for decades.

We look forward to your timely response to our concerns. 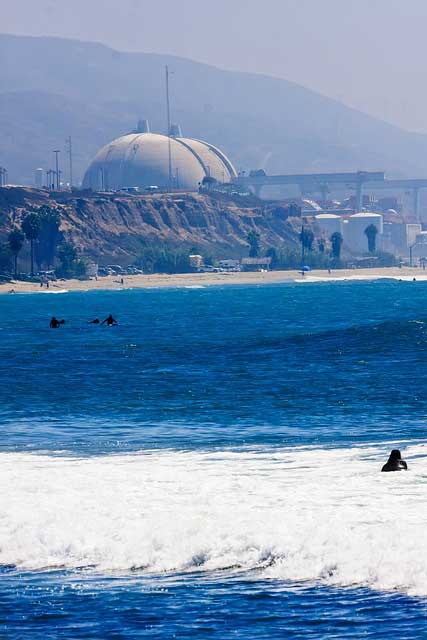