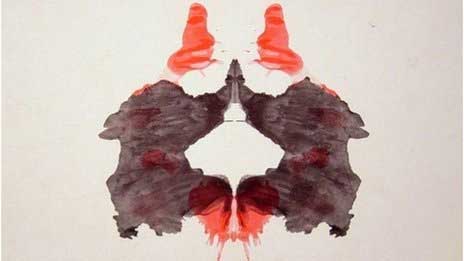 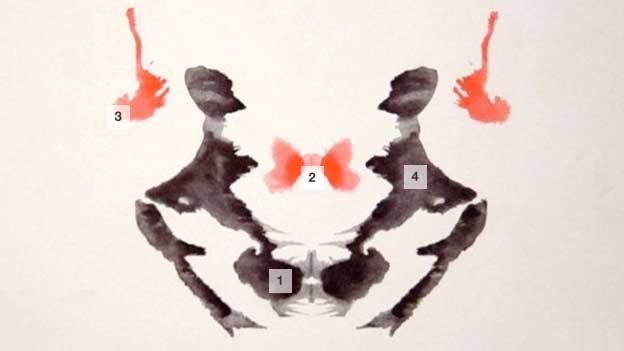 In the 1st inkblot, I saw two dwarves with red hats giving each other high fives. In the 2nd, I saw two birds dressed like butlers with top hats.