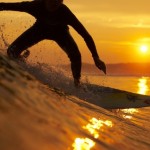 Next week, Steve and I will be packing up our place in DC, moving our furniture into storage and heading to Southern California to live for three months as part of a pact we made in December to split our time between DC (where I’m from) and California (where he’s from) 구글 툴바 동영상.

We have no grand strategy other than the fact that DC (weather-wise) is rather miserable in the summer and winter months, so we’re opting to enjoy SoCal during those seasons 영웅문 다운로드.

During our time in California (LA for July and August), we’ll still be working on projects and growing 1X57 (which is made possible by this little thing called the internet) but I’ll be taking an advanced screenwriting class at UCLA so I can refine my screenplay to the point I’m ready to pitch it and Steve will be reunited with his family, his friends and his “true love” – the Pacific Ocean – where he can surf his throbbing heart out 다운로드. I’ll be hitting the waves, too. And we’ll be looking to become a part of a community in the same way we’ve done in DC, which we’ll be returning to in the fall 다운로드.

While have some big things planned both work- and pleasure-wise (more and more they’re becoming the same) when we return to DC, we’re focusing on following our hearts and passions and riding whatever waves come our way 태양의 후예 1회 다운로드.

POST SCRIPT: I almost forgot! We’ll be writing about and sharing some of our more fun adventures in California at Pamela’s Punch for The Pacific Punch 타임 스탬프 다운로드.

3 thoughts on “Work, Love and Bi-Coastality”