People sometimes say that the United Nations doesn’t do enough to solve the big problems of the world. I’ve never really agreed with that point of view, but if anyone is looking for evidence of the UN’s impact, a good place to start is the Millennium Development Goals (MDGs).

They were agreed to in 2000 by all 193 UN member countries and 23 international organizations. Creating that kind of consensus is—by itself—a significant achievement.

Although a number of countries won’t be able to achieve all of the goals by the target date of 2015, the MDGs have been helpful in getting everyone to really think about their part, the progress they’re making, and what they can learn from others. The goals have focused political attention in developing countries, encouraged UN groups to work together, and inspired wealthy and fast-growing donor countries to coordinate their efforts.

In February, the World Bank announced that the MDG goal of cutting extreme poverty by half had been achieved five years early. A week later, UNICEF and the World Health Organization announced that the goal of halving the number of people without access to safer drinking water was also reached five years early.
Source: The Gates Notes – A Report Card on Helping the World’s Poor 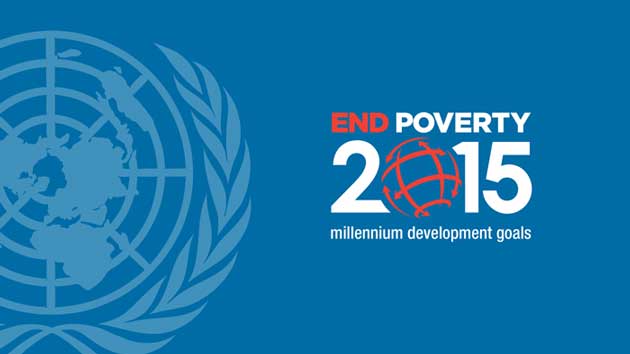