END_OF_DOCUMENT_TOKEN_TO_BE_REPLACED

“Last Friday was my last day at the White House. As I begin my fellowship at Harvard University, I’d like to share my reflections on public service…”

So begins, Vivek’s 12-page summary of his time in the Obama administration (the full version can be found via Alex Howard’s GovFresh piece).

I’ve been a big fan of Vivek’s, since his days as the CTO of Washington, DC. When he was named the first Fed CIO, it was big news in the tech community, especially in DC.

Each and every move he made, we followed 다운로드. You have to remember that during the Bush years the exciting news was that the White House press core “had a blogger” (not to mention Bush didn’t use email). Then Obama came into office full of blackberry, twitter, facebook, and web prowess.

Every geek in the nation was rooting for some gear to get into the White House. We wanted cell phones, laptops (Macbooks!), modern websites, social media, podcasts, etc.

In the midst of this Bush/Obama collision arrived Vivek, fresh off amazingly innovative programs in DC: real-time tracking of city projects, GIS for municipal services, and co-location of engineers in schools 여의전 다운로드.

Then he hit the Federal bureaucracy.

On the first day “they handed me a stack of documents with $27 billion worth of technology projects…years behind schedule…millions over budget.”

“Those documents were what passed for real-time updates on the performance of IT projects. My neighbor’s ten-year-old could look up the latest stats of his favorite baseball player on his phone on the school bus, but I couldn’t get an update on how we were spending billions of taxpayer dollars while at my desk in the White House.”

That stack of documents became his fighting spirit. No IT professional could claim any cred if they worked off binders and printouts.

“…from a small, nondescript office in downtown Washington, we spent many long nights fueled by coffee, thinking big about how we could transform our Government through technology.”

“I was ready to embark on a technology revolution…that would crack down on wasteful spending; increase the efficiency and effectiveness of government; enable an open, transparent, and participatory democracy; advance the cybersecurity posture of the nation; and most importantly, improve delivery of citizen services.”

The first big step was to bring that same real-time tracking pioneered in DC to the Federal Government, which is a lot like going from a tricycle to a spaceship.

“The Federal Government is the largest purchaser of IT on the planet, with over $80 billion spent on over 12,000 systems every year…to shine a light on (that spending) we launched the federal IT Dashboard in June 2009.”

“The Dashboard is a website where people can monitor every IT project..as easily as they can monitor their personal investment portfolios. If a project is over budget, or behind schedule, the Dashboard tells you so – and shows a picture of the person in charge.”

You gotta love the picture of the person in charge 다운로드. Imagine having your face next to a project that is $100 million over budget. In quick order they “saved $3 billion and cut the time to deliver projects in half.”

And then to show that good ideas have legs, they “open-sourced the IT Dashboard and released all of our training materials. Within hours, 38 states and multiple countries reached out to express interest in adopting it to improve transparency and accountability. It’s already been downloaded more than 2,500 times across the world.”

Within months we went from a President who doesn’t have email to open source code!

My favorite section from the piece is not the numbers and projects but the personal anecdotes that Vivek shares. It’s part of what, in my opinion, makes him such a great leader (and great person) 다운로드.

“I was born in New Delhi, India, and lived in Tanzania until I was eleven. I came to America in 1985…I couldn’t speak English when I first arrived. I recall my first days at school in Gaithersburg, Maryland, and seeing a couple of African American kids around my age. They reminded me of my friends in Tanzania, so I walked up to them and starting speaking in Swahili. I was promptly met by strange looks, so I started speaking even louder to make sure they understood me. I suspect they thought I was making fun of them because the next thing I knew, I was being beaten up 해피포인트 앱 다운로드. Not the warm welcome I was expecting.”

But back to the tech: we get to the biggest project of his tenure, cloud computing.

“With the economy facing the worst recession since the Great Depression, one program – Cash for Clunkers – provided rebates to people who traded in older cars for new, more fuel-efficient ones. But just three days after its launch, the system for processing these rebates collapsed.”

“One hot DC August night during the height of this mess, I emerged at 4 a.m. from the Department of Transportation after 14 straight hours working…to keep servers online and the site operational.

“When I was Director of Infrastructure Technology in Arlington County, I knew down to the street address where each of our data center facilities was located and what was in them. Yet when I asked how many data centers the Federal Government had, nobody could give me the answer.

“It took agencies eight months to produce an initial inventory of their data centers abzu 다운로드. All told, the number of Federal data centers has more than quadrupled since 1998, from 432 to more than 2000. Yet on average, they are only 27 percent utilized.

“That’s why the Federal Government is actively shutting down 800 data centers by 2015.” 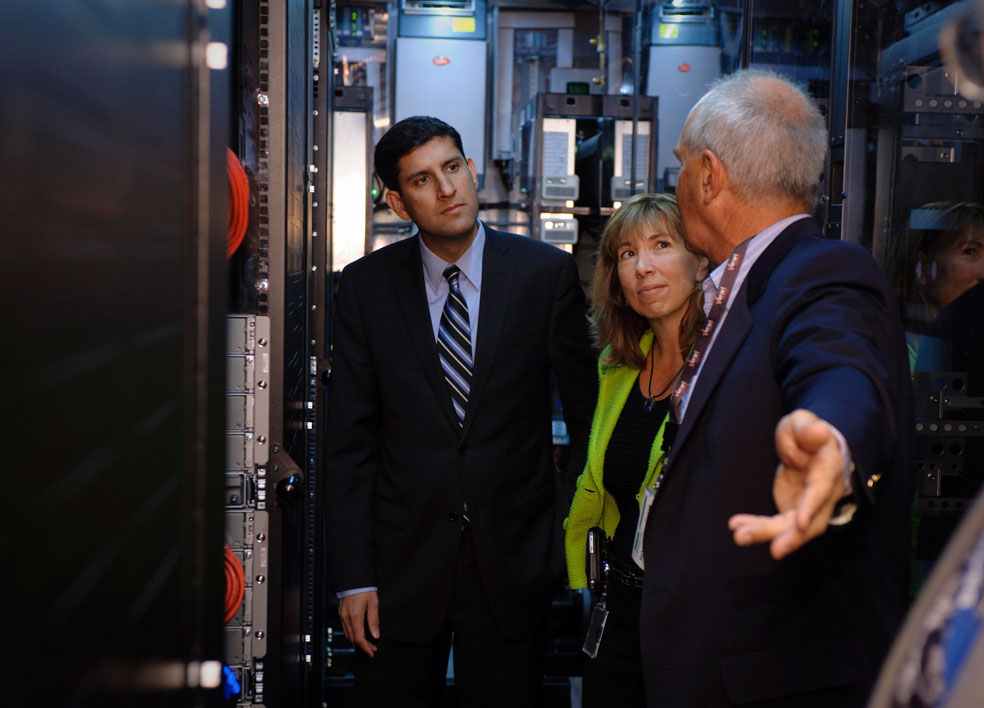 As of now the Federal Government is moving full speed into the cloud.

Which, of course, brings up the security concerns. As more of our critical systems go online we face an increasing risk of cataclysm.

“From power plants to stock exchanges, hospitals to banks, our Nation’s critical infrastructure systems are increasingly wired and, as a result, increasingly vulnerable to cyber-attacks.”

“In this approach we also need to be mindful, however, that security is used too often as an excuse to justify the Government operating in a closed, secretive, and opaque manner.

“We almost have an IT cartel that’s made up of a few companies that benefit from government spending because they understand the procurement process better than anyone else, not because they provide better technology.

His response was to re-create the Apps for Democracy program but in a bigger, more permanent way.

“…we threw open DC’s warehouse of public data so that everyone – constituents, policymakers, and businesses – could meet in a new digital public square vegas 11. We started with 200 live data feeds – everything from government contracts to crime statistics to economic development. And to spur citizens to turn this data into applications that the government didn’t have the resources to create on its own, we launched the “Apps for Democracy” contest, offering prizes for the best applications based on the data we released.

“We ran Data.gov like a lean start-up. On day one, we launched with a Minimum Viable Product with only 47 datasets. Two years later, there are 389,907 datasets covering every government mission area, from health care to public safety.

In many ways Vivek is not a traditional White House appointee. His projects were big but not flashy. They tackled the hardest problems big IT faces (spending, cloud, security, and openness) and did so in a lasting way. Each of these projects are now fundamental elements of the Federal Government, which is an awesome legacy.

Americans may not know his name or even understand his work, but in Vivek’s own words: “We saved billions in taxpayer dollars; we adopted game changing technologies; we strengthened the cybersecurity posture of the nation while making it more open, transparent, and participatory.”

Good luck to you, Vivek, in your new position:

“…my work at Harvard, focusing on how we can use information technology to solve our nation’s and the world’s most pressing problems.

And, good luck to your replacement, Steven VanRoekel, a former Microsoft executive and one-time assistant to Bill Gates.

Congratulations, @stevenvDC! The best man for the best tech job on the planet. Good luck–you’re going to rock it!less than a minute ago via HootSuite