They found that up to 75% of energy consumed by video game consoles is during idle use, because the machines don’t have an auto-power-down feature (like every computer does). 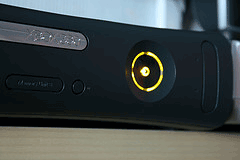 The authors of the study say the cost of implementing this feature is marginal and would save more than $1 billion in utility costs.

– The most effective energy-saving modification is incorporation of a default auto power down feature, which could reduce electricity consumption of game consoles by 75 % (10 TWh reduction of electricity in 2010).

– A simple improvement that could be implemented now via firmware updates to power the console down after 1 hour of inactivity. Though two of the three current generation consoles have this capability, it is not enabled by default, a modification that would be trivial for console manufacturers.

Scott Lowe at The Verge points out that in May 2011, Microsoft did update Xbox 360’s firmware to enable auto-power-down by default. Now it’s up to the rest of industry to catch-up.